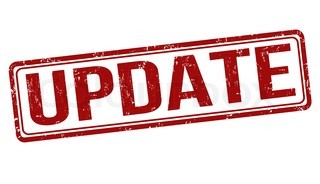 It's been a while since I wrote my last update on the site. I've been playing around with the idea on making these monthly but I'm not sure yet. We'll see how this goes.

Before we begin I just want to give a quick recap of the last few months.

Earlier this year I finally finished my first book. The Ember.js Cookbook launched in March. I've received lots of positive tweets and emails on the book. It's been really awesome, check out this tweet from Tom Dale!

Given on how clear and in-depth @ErikCH's blog posts are, I'm excited to see he's written a book. Check it out!https://t.co/l6iuVw1oTO

I don't know the numbers on the book sales yet. Although I can personally say I've been selling a couple a week through my Amazon affiliate account. I'll see in a couple of months if I sold through my advance.

If you didn't know already I launched my YouTube channel last month. My goal was to put out a video a day for the month of April. Unfortunately, I didn't make my goal. I ended up with 22 videos in April. Making a video everyday forced me to learn a lot about video editing. I powered through Adobe Premier tutorials and got some help from a friend. All and all it was a fun experience.

I'm taking a little break from YouTube but I hope to start working on it again soon.

I have an audio podcast on Sound Cloud. I've done over 15 episodes so far, including 11 interviews in the last 10 months. The show is all about JavaScript, Ember.js and programming in general.

The podcast has been moderately successful, however to reach a larger audience I really need to get it up on iTunes. I just haven't had the chance to do that. I also want to edit some of the interviews, add intros, and clean up all the audio. I don't have time for that right now, so we'll see when I can get it up on iTunes.

I'm also looking into creating a seperate podcast on JavaScript with my buddies Jeff and David. I'll be posting more about that soon.

This is one area in the last few months I haven't done as well in. I wrote a beginners guide to Babel 6 last month and a tutorial on Aurelia. Both have done well traffic wise.

On the other hand the traffic for my screencasts and podcast blog posts don't do as well. Since my site gets a lot of traffic from SEO, this is not good. I'll be looking at a different strategy for next month that involves a better mix of tutorial blog posts, videos and podcast episodes. As always my focus will be on Ember.js, Node and similar frameworks.

I started a Facebook fan page a few months ago and then promptly forgot about it. I spent about $20 bucks in Facebook ads and got 20 likes, yeah that wasn't good. I'm still trying to figure things out, so I'm not doing much with the page right now. Maybe this summer I'll throw some more money at it, and see if I can at least break over 100 likes. Feel free to like the page!

So you want to know some numbers? Here is a quick breakdown for the last few months. I don't have numbers from last month to compare them too, so we'll just have to start here.

Most of these numbers are just vanity metrics. However it's fun to throw them up here anyways. The one metric that does matter more then the others is my email subscribers. It's the best way of keeping in touch with people interested in what I do, so I always want to see that number move up.

I've had a lot of opportunities come my way in the last few months. Some have went really well, others haven't. One thing I need to work on is saying no more often. My goal for the next few months is to focus on just a few things and say no to more things. We'll see how it goes!