I've heard countless times that Ember has a high learning curve. For that reason finding a great, easy to follow tutorial is a must. Of course Ember, like many other frameworks, has been changing fast. A lot of tutorials out there are already out of date. With that said I've found five great tutorials that are all relatively new and any new beginner to the language should check out.

It's worth mentioning that Ember 2.0 will be released soon. Changes for that release are already being rolled out with every incremental update to Ember. When 2.0 is finally released it shouldn't be a shock to anyone. Some things will be deprecated however these tutorials will still be relevant.

Here are my choices for the top 5 best Ember tutorials as of today. In no particular order.

Ember's website has a great tutorial on how to create a todo app. This covers all the fundamentals from controllers, models, how to use fixture data, transitions and so on. It goes into a lot of core concepts and tries to explain the rational behind everything.

The only criticism I have of this tutorial, is that it hasn't been updated for ember-cli as of yet. Ember-cli is the new command line utility that you should use to create your Ember app. Update Ember guides have been updated! All the guides have been rewritten for Ember CLI!

This guide was originally created in July of 2014 however it was updated in December of 2014. It covers a lot. This is another take on creating a todo app using Ember. Unlike the getting started guide this is using ember-cli and it goes into a lot of depth. It even has an estimate at the top of 90 minutes to complete, talk about dedication.

This tutorial was written in July 2014 although most of the concepts are still true today. The tutorial is broken into several chapters. The first few deal with basic Ember concepts such as the Ember object, routes, views, controllers and templates. The next chapters walk the user through creating a CRM application in Ember. It's a little more high level then other beginner tutorials I've seen. Although it is nice to see something different then the normal todo or blog examples.

It's worth noting that Vic is looking to update the article for ember-cli eventually.

Yup it's another todo list app using Ember. Although this one is different then the last one I mentioned. It's over an hour long screencast created just last December. Ryan does a great job of showing all the basic Ember concepts.

While searching Youtube I found this gem. This whole channel is dedicated to teaching people how to use Ember. It has 25 video courses on the basics. Each video being around 10 minutes long. Unfortunately the channel hasn't been updated in a while. 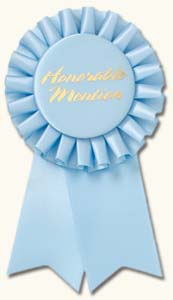 I didn't include these in the top tutorials because you have to pay to get them. First, and foremost is ember-cli 101 book by Adolfo Builes. I have not read it yet, although from what I hear it's a great resource for anyone trying to get up to speed on Ember.

Code School Try Ember, Treehouse, Team Gaslight (taught by some of the creators of Ember) and Lynda.com all have introduction to Ember tutorials. Code School and Treehouse allow you to take the first section of their course for free. From what I've read their all fairly up to date, although don't expect much information on ember-cli from Code School or TreeHouse. I've personally took the Code School courses when I first started Ember and it was great.

Lastly I'll give a plug to a few tutorials I've done. My Blog Tutorial went into a lot of depth on how to create a blog using Ember and Firebase. I wrote a very basic Introduction to Ember as well. I'm planning on writing on some more advanced topics in the future, and hopefully try out some video.

What do you think?

So did I miss any tutorial? Do you disagree about any of my choices? Feel free to add your own suggestions to the comments below.