Why You Should Care About The Ember Run Loop 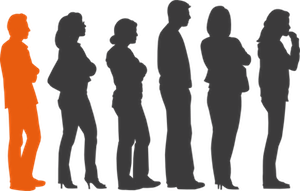 Ember uses six queues to process work. Each queue is processed in order to completion in priority order. While being a little old you can see an example of this here. Ember batches things together in order to minimize the amount of work needed to get everything done. That's one reason Ember runs quick.

Here are the queues and a general description of what each queue does.

Is This Executed At All Times?

No. Essentially the loop will run in response to certain user and timer events. This is not the same as a while(true) loop on a server otherwise control would never be given back and the application would hang.

When Do You Need To Use This?

The answer is not very often. Only certain types of situations will lend itself to using Ember.run. Most of the time it will involve one of the following:

Keep in mind one of the points of Ember.run is to make sure all your asynchronous calls are tracked by the run loop and that they are executed properly. I've seen a lot when testing as well. Use it wisely.

One good reason you should use Ember.run.schedule is when you're dealing with plugins that are manipulating the DOM. For example you might need to schedule the afterRender queue inside didInsertElement when using jQuery plugins.

Without scheduling the runloop you might run into issues where the DOM never gets updated since the template might not have fully rendered when the manipulation was occuring. By scheduling it in the afterRender queue you can guarantee the rendering has been completed.

As mentioned earlier you may need to worry about Ember's run loop when you're dealing with timers. Ember.run.later is a great solution when dealing with them. It should be used whenever you need to run some action after a period of time instead of using setTimeout(). It's often more efficient as well. During integration testing you should use it instead of setTimeout().

Update As pointed out by flylib in the comments Ember.run.later may not always be the best idea if you want to run integration tests. He recommends using setTimeout with Ember.run.bind. Just beware your mileage may vary.

Here we are using the momentjs library. When the application route is loaded we include the setupController hook which we then tell to run the startWatchingTime function.

We set the 'currentTime' using the momentjs library. The Em.run.later will wait and fire after a second has passed. It's recursive and will call its self again. We could have set at some point an exit condition, however for the purposes of this demo it's not needed.

Later in this example we set another moment value in the index route. This time we don't call the Em.run.later.

Now we have our two times and we can use our handlebars helper to find the difference.

Why You Should Care

We should care for a few reasons. Most importantly it's always good to look inside and dig a little deeper to figure out how things work. Learning the run loop gives you a little deeper understanding on what's happening. It will come in handy in the future.

As your applications grows, you will run into issues with complicated asynchronous calls and unusual DOM updates. At that point manipulating the Ember run loop might be the only way to continue on.

There is a lot more to learn. I highly suggest looking at the following articles.

I admit I'm not an expert in the Ember run loop, although feel free to chime in the comments if you have any questions. I'll try to help.