Trying Out Spring Boot With Ember And A Site Update 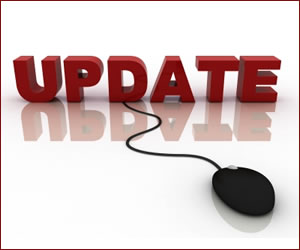 In my day job I work with Java a lot. The other day I was working with Spring Boot and I started researching how I could use it with Ember. Spring Boot is a plugin that makes it really easy to get up and running with Spring quickly. It uses convention over configuration and requires no XML for configuration. You can deploy it to Tomcat or whatever application server your using.

I've seen a lot of talk of people using Angular.js with Spring boot. I've even seen some React.js and Spring Boot stuff out there. Overall it looks like a great solution, and adding in Spring security it's even better. Unfortunately I haven't seen the same enthusiasm with Ember.js and Spring.

The problem I gather is that using it with Ember data is not fun. You essentially need to change the way Spring handles data so it's in the correct JSON API format that Ember data expect it to be in. For example each object must have it's own identity. This is typically not the way Jackson serializes JSON data. I found a couple of repositories and one tutorial on it. I haven't gotten it working, however when I do I'll post a tutorial about it here. I have a feeling that using Ember Data may not be the right way to go. I'll have to try it without it or with a different persistence layer and see how that goes.

As for the site everything has been going well. I've been trying to stay consistent with a new tutorial every week. This week hasn't been as productive. Never the less that's why I wrote this update to give an idea to everyone on how things are going.

I've been working on an Ember.js screencast tutorial and I'm getting closer to completing it every week. It'll be covering most of the basics of Ember and it will include a few advanced topics. I don't know when I'll have it completed. It could be next month, it could be another few months. I don't want to give myself a deadline on it yet. I've been going back and forth if I should host it on Udemy or try to host it myself. I might start off on Udemy and see how it goes.

On a more personal note I'm in Vegas for the next two weeks working. Traveling is a lot of fun, but after a while I wish I was at home. If by chance anyone is in Vegas and reads this, tweet me and maybe we can meetup and talk tech.

Next week I hope to have a better understanding of Spring Boot and Ember.js. If all goes well I'll write a tutorial on it. We'll see, either way I'll get something up.