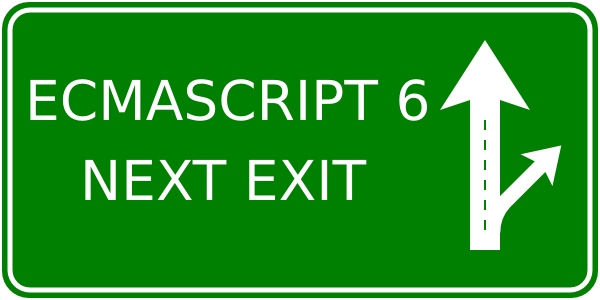 Here are six features of ES6 that are great.

String interpolation makes it much easier to add variables to your strings. To use this feature you'll need to use back ticks and place holders ${ }.

We can also use string values as well.

We can now do array matching. The syntax mirrors the construction of an array and object literals.

You can even swap variables.

With modules you can now export/import symbols from/to modules without causing any global namespace pollution.

A module can export multiple things, you just need to declare it with the keyword export. Anyone that uses Ember will be quite familiar with this.

These are named exports. You can also import the whole module and refer to it via its property notation.

I lifted this example on modules from 2ality so check them out for more information.

You can now create more intuitive, OOP-style and boilerplate free classes. They are just simpler and clearer then the objects and prototypes that we are used to working with.

The last thing I want to cover is promises. The promise object is used for deferred and asynchronous computations. A promise can be pending, fulfilled, rejected, and settled.

Here is an example of creating a promise.

And this is how you might fulfill or reject.

You can also .catch rejections.

These are just a few new features you should expect in ES6. If you want you can already use a lot of them via an es6-transpiler like Babel. Frameworks like Ember and Aurelia already have this built in.

Want to learn more? Check out the links below.

Looking to take your learning a step further with online courses? Are you wanting to jump into ES6? I recommend the following courses from Udemy. This is an affiliate link, which means you get help support this blog at the same time! User code SUMMER757 to get 75% off!

Beginning ES6, The Next Generation of JavaScript

JavaScript for Beginners - Start to Finish, Quick and Easy